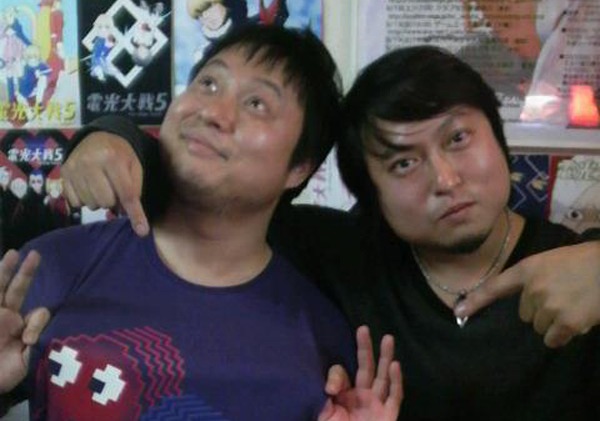 STR: When did you start playing Street Fighter?

STR: Why did you choose Ken as your main character?

Aniken: At first, I was using Balrog (Boxer) but I was attracted to Ken’s cool style. As I got used to him, I found that he was a much more fun character to play. He’s truly a cool and interesting guy.

STR: Your younger brother is well known as the best Chun-Li player in the world. Do you train with him often? What is your routine?

Aniken: My brother has always been, and will always be, my greatest rival. We’ll be honest and point out each other’s weaknesses and train on a daily basis. We wanted to get stronger and stronger and beat other players.

STR: Who are your 3 favorite Super Street Fighter II X (Super Turbo) players of all times? Why are they your favorite players?

Aniken: 1) Daigo Umehara – his spiritual strength and techniques are awesome. Otochun – he’s very strong but he’s the best player when it comes to tournaments. 3) Yaya – utterly beautiful, and strong as hell! 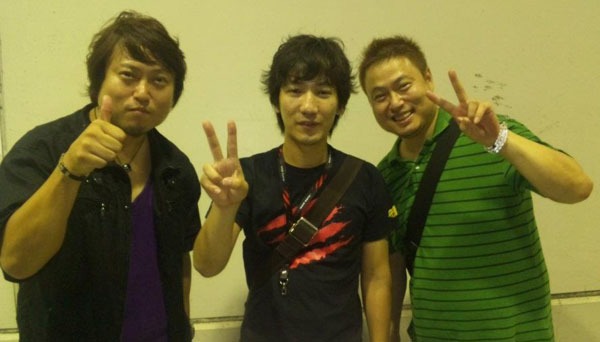 The brothers with Daigo Umehara.

STR: The arcade scene in Japan is pretty strong. What is the key to keeping the scene alive and well compared to the rest of the world?

Aniken: I used to go to a place called Nagase UFO, which had so many good players. We would get into a lot matches and have a great time. I think people tend to meet up at such places to socialize and have a good time.

STR: With online networks and platforms, it seems we have more choices besides the local arcades. What do you think about the online scene compared to the arcade scene?

Aniken: I think more players can easily access the net and have matches compared to the arcades. I think it’s just great! But depending upon the environment (equipments used, etc …) I think we can have more fun at the arcades.

STR: We want to see you here in America! You’re a popular player in North America, Central America and South America. Have you thought about attending the Evolution Tournament in Las Vegas, U.S.A, someday?

Aniken: Certainly! I’m always watching the tournaments in real time and I’m amazed by the numbers of contestants. It’d be an honor to participate!

STR: How much time do you spend playing SSF2X (SSF2T) these days and how much did you spend at your peak?

Aniken: Currently 4 to 5 hours a week. At most, I would play almost everyday.

STR: Daigo Umehara in an interview said “HD Remix arcade would be a hit in Japan.” Do you agree or disagree with Uhemara? Please tell us why.

Aniken: HD Remix would definitely become a major hit if they officially sell it in Japan! It’s has an exceptionally balanced game play feel and it definitely won’t compromise the outlook of SSF2X. I wish they’d introduce it in the Japanese arcades.

STR: Do you play other fighting games? If yes, can you tell us more about those games and your experience playing them?

Aniken: I don’t play any other games.

STR: Do you prefer to play on arcades or consoles like Playstation 3 or Xbox 360?

Two of the top Ken players in the world: Mattsun (purple) vs Aniken (green).

STR: What is the fondest moment in your Street Fighter career?

Aniken: There was a time I used to frequent Nagase UFO to have a match or two. I’d have a great time meeting and playing with all sorts of people with different backgrounds. Everyone would play fairly and honestly and they were all good players.

STR: Why do you think SSF2X (Super Turbo) has so much longevity and popularity?

STR: Who would you say has been your toughest opponent?Aniken: Daigo Umehara. I admire his personality and I want to beat him some day.

STR: Ken is known as the weaker character between Ryu and Ken, but you make Ken look like an equal character. What’s your secret?

Aniken: Your best bet is to play as many matches as you can and experience difficult situations youself. You should always think of ways to overcome these situations in order to win. That’s why it’s important that you always practice and build up confidence.

STR: Can you name other great Ken players in Japan?

STR: What’s your experience with the other great Ken players?

Aniken: I haven’t played much with other Ken players.

STR: Any tips or advice to become a strong player in SSF2X (Super Turbo)?

Aniken: Remember to have fun and enjoy every match. That way you can have fun practicing with others. A good relationship with another player will guarantee a good match! It’s not the results that really matters; it’s the contents that’s much more important!

STR: Well, this is the end of the interview; do you have a message for all your fans around the world?

Aniken: I thank all the fans who have been watching and supporting me all these years. I will continue to practice and strive to become the strongest player! I think it’s important that we can tell each other how much of a â€œgreat gameâ€ it was after a match. And I want to further improve my skills so that other players would think that way.

STR: Thank you so much for taking the time to answer our questions and for all the information you gave to us! It’s very important to us to know more about you. It’s been a pleasure!

Back to Player Interviews
Scroll to Top